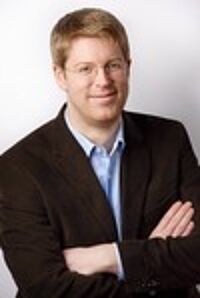 From late 1991 to early 1997 I studied computer science and business administration at the University of Mannheim. At the end of that time I had a one year stay at the International Computer Science Institute in Berkeley, USA.

From mid 1997 on I worked on my Ph.D. Thesis in Computer Science on "Distributed Interactive Media". My work was supported through a Ph.D. grant by Siemens. I completed my thesis at the University of Mannheim by mid 2000.

From fall 2000 until summer 2003 I was an assistant professor at the University of Mannheim, leading projects in the area of wireless ad-hoc networking and vehicular ad-hoc networks. In summer 2003 I completed my Habilitation on "Algorithms and Protocols for Distributed Multimedia Systems".

In 2013 I decided to focus my research on Internet-based functionality that can support and improve democracy. Since 2014 I am heading an interdisciplinary graduate school on online-participation. I became dean of the faculty for mathematics and natural sciences in 2015 and vice spokesperson of the Düsseldorf Institut for Internet and Democracy (DIID) in 2016. I am currently a member of the advisory board of the Center for Advanced Internet Studies (CAIS).

Whenever I am present or by arranging a meeting via email.